Out of nearly 300 script titles recommended by the industry, 18 received the minimum number of votes to make it on to the list.

With the support of our sponsors, The Brit List will this year extend the programme of workshops and events offered to our writers to help them navigate the film and television industries both here in the UK and globally.

Every effort has been made to supply accurate information. Apologies are made in advance for any inaccuracies or misspellings.

Summary: When the bodies of young people start showing up across the country, an angsty woman finds herself on the hunt for a serial killer acting out a very ancient revenge. Set in present-day North-West London, Obeah is inspired by the indigenous spiritual practices from the Caribbean and its clash with the descendants of practitioners.

Summary: A portrait of love, loneliness and loss, MAPS is a soulful sci-fi about a woman who secretly assumes a false identity working in the interstellar mines of the Kuiper Belt to save her family from ruinous debt.

Summary: How far will Liv - wife, mother, daughter and overlooked scientist - be willing to go in order for her ground-breaking research into chimpanzees behaviour to be heard? Seeking her independence she challenges the status quo of 1970's British, male-dominated academia, stealing her (Alpha-male-of-primate-research) husband’s spotlight, and throwing her family, reputation and self into an upheaval that quickly spirals out of her control.

THE LAST MAN IN EUROPE by James Roblin (Unrepresented)

Producers: The Lighthouse Film and TV

Summary: On the isle of Jura, George Orwell fights a losing battle with time & tuberculosis as he wrestles with the dark dystopian visions of Nineteen Eighty-Four.

Summary: The outrageous true story of Britain’s first female playwright – a bisexual libertine who lived an incredible double life as a 17th century spy. A Restoration thriller told with the same iconoclastic mischief with which Aphra Behn lived her life.

Summary: Manchester Firearms Officer Sonny Gilbride trades the hazardous life of counter-terrorism for the rural tranquillity of the West Country, only to find himself embroiled in a personal odyssey of love, murder and international crime in the illegal eel trade.

MALFEASANCE by Jon Baker (The Agency)

Producers: Artis Pictures, in development with the BBC

Summary: A mobster's daughter is trying to arrange a secret abortion, a pair of women hide a stolen dog, and a grandmother sells ketamine for her granddaughter's college fund. All these stories connect in a tale of theft, murder and betrayal in New York City.

Summary: WHITE STORK is a tightly choreographed political thriller about finding and burying truth in this post-truth world.

Summary: A darkly comic, high-stakes, domestic family drama. When a young and out of work actress is forced to join her parent’s Robin Hood-esque, white-collar crime consultancy business, the last thing she expects is for it to be the key to her wildest dreams, as well as liberation from toxic co-dependency with her mother. But at what cost does freedom and success come?

Summary: Jess has always been a ‘good’ girl. But when she discovers a secret - that her 55-year-old mother has early onset Alzheimer’s - it suddenly dawns on her that if ‘being good’ doesn’t stop the bad things happening in life, then ‘being good’ can fuck right off.

Summary: A lonely true crime junkie teams up with her former high school bully to fake a disappearance that will catapult them both to stardom. But their audacious plan is thrown into chaos by a much grislier real-life crime.

LEARNING TO BREATHE UNDER WATER by Richard Brabin (Unrepresented)

Summary: Leo, 8, lives alone with his grieving father, Peter, and his only friend is a thirty-foot metal shark. Anya, a Polish au pair, enters this broken family unit and breathes new life and new hope into both Peter and Leo.

Summary: A young American journalist is thrust into personal and professional chaos after arriving in London to start her dream job at the country’s most successful newspaper.

Summary: When British-born Danielle returns to Ghana to visit her dying grandfather, she unearths a past love and the tumultuous family secret that alienated her from her ancestral home, embarking on a journey coloured by memory and magic on Africa’s west coast. Based on a True Story.

EASY OUT by Melissa Osborne (Casarotto)

Summary: Benny, a terminally ill teen, asks his life-long friend Clover to help him die, but as Clover wrestles with the heart-breaking decision, life throws her a curveball that sets her previously ordered world spiralling out of control.

Summary: Humorous grounded genre. A Yorkshire country bumpkin falls pregnant and, by the power of Oestrogen, is able to predict the future. Her skint sister shoves her into the spotlight to cash in.

Summary: After a strange encounter with a patient goes horribly wrong, an arrogant Doctor is imprisoned for manslaughter. There she discovers she is pregnant and must experience pregnancy and childbirth in an environment in which she has no privacy or control.

This year's list was announced on Monday 22nd November 2021, online at 16:00 GMT. It was made possible by the following generous sponsors:

Over the past 13 years, 75 of the screenplays to have appeared on The Brit List have been produced.

That’s one in every four scripts to have ever appeared went on to be made.

Between them they have: 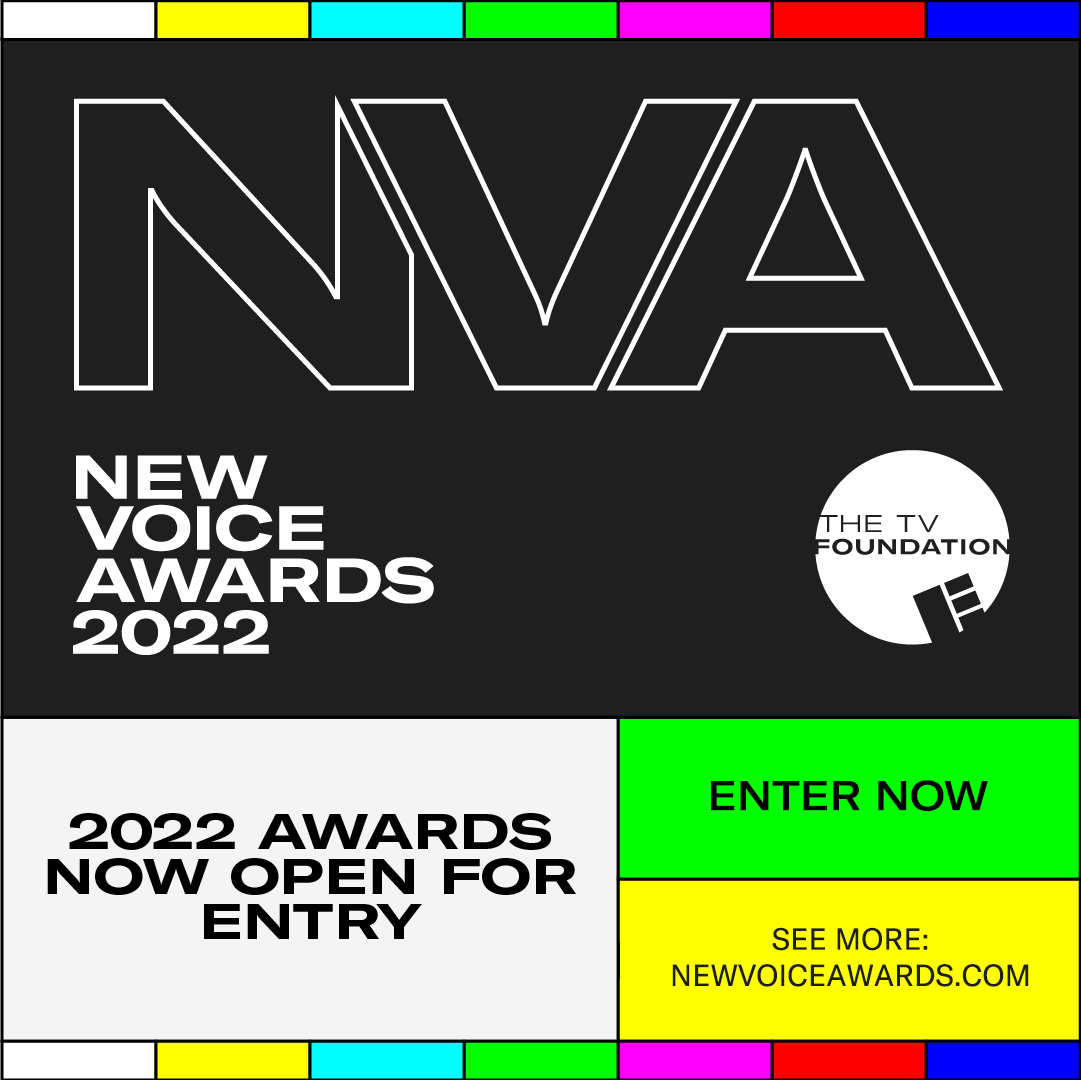 The 2022 New Voice Awards are now open for entry!

Recognising the best undiscovered creatives & the companies who do the most to support them!

If you're an up-and-coming writer, director or presenter there is a category for you.

We’re absolutely thrilled that we will be working with @jessidrewett who received an incredible 13 recommendations on this year’s @Brit_List with her sci-fi pilot ‘Maps’ 🥂 Huge congratulations Jessi! We can’t wait to share your work with the 🌎 https://twitter.com/brit_list/status/1462821973461983237 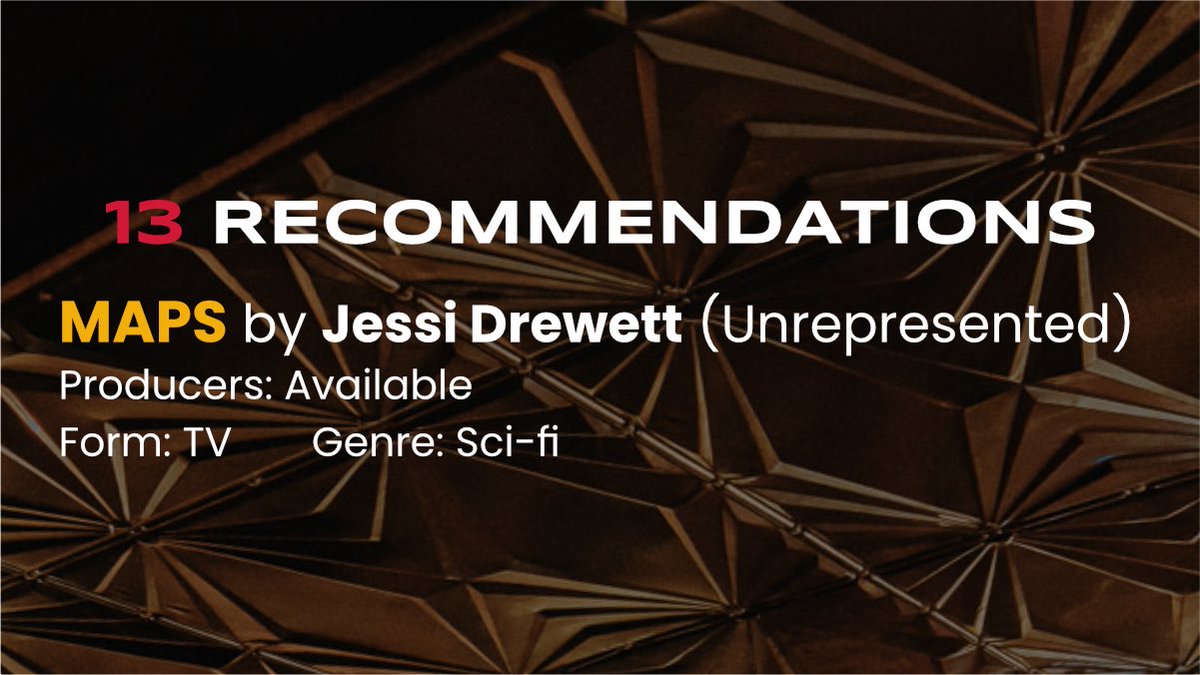 Congratulations to the incredibly talented #TheBritList2021! Thanks to the support of our sponsors (@KineticContent @finaldraftinc @FDA_UK @UKScreenSkills), The Brit List can extend the programme of workshops and events offered to the writers…

Congratulations to the incredibly talented Brit List 2021! Thanks to the support of our sponsors (@kineticcontent @finaldraftscreenwriting @fda_uk @uk_screenskills), The Brit List can extend the programme of workshops and events offered to the writers to help them navigate the film and television industries both here in the UK and globally. A summer event will also be held for participating companies to meet this year’s cohort:

Congratulations to #TheBritList2021 writers 🎉 Out of nearly 300 script titles recommended by the industry, 18 received the minimum number of votes to make it on the list. Visit our website for the full list and script synopses📝 and visit our YouTube channel for the unveiling video 📺

We're once again thrilled that @kineticcontent are our headline, executive producer sponsors - thank you!

Once again, @finaldraftscreenwriting are our co-producer sponsors this year - thank you!

Thank you to our associate producer sponsors the FDA! @fda_uk

So pleased to reveal our co-producer sponsor @uk_screenskills 📺 Thank you for supporting The Brit List!

What a fantastic and informative session with ROKU executive and champion of hit shows including “SEARCH PARTY”, Colin Davis. Thank you so much for such an informative and candid conversation.⁠⁠
⁠⁠
#TheBritList #BritList2019 #UKscreenwriters #britishfilm #britishTV #screenwriting ...